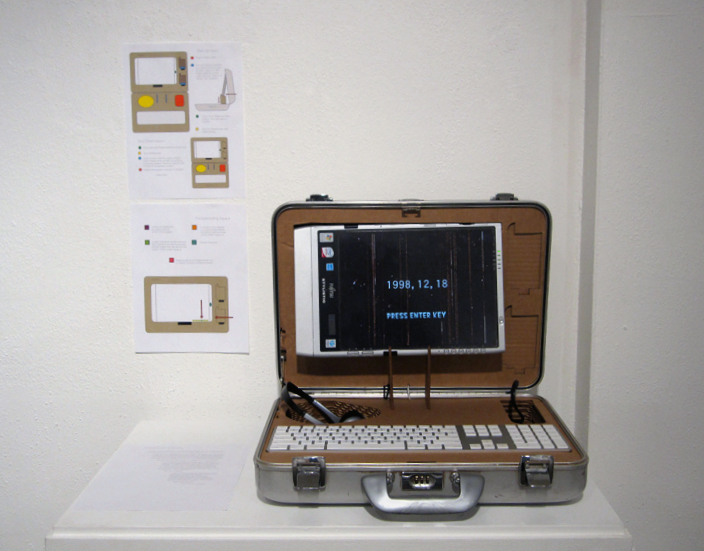 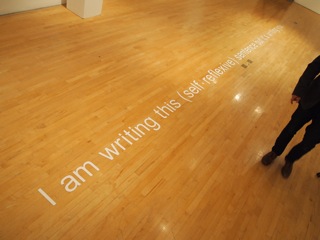 “I am writing this (self reflexive) sentence but it is writing you.” ~Noah Simblist (artist/critic/curator)

Exhibition format: An outside party (Noah Simblist) proposes a theme in the form of a 12 word sentence and a word is designated for each artist in Culture Lab. The gallery will be set up to read in a linear format following the sentence structure. Each artist will be given approx. 4 feet of horizontal space in which to ‘consider’ their word.

THEME: As a group Culture Lab will focus on themes of interpretation while highlighting ideas of diversity and individuality within a community.

Concept: The exhibit involves relational aesthetics, pinpointing the individuality of the artists and our localized attempts to remain a part of the group discussion.  Each artist is naturally unique, so the idea is to promote an artist group that does not attempt to homogenize it’s member’s but allows them a voice that contributes to the vitality of the community.

Noah Simblist is an artist, writer, curator, and associate professor at SMU in Dallas, Texas.  His work explores the relationship between politics and abstraction with an emphasis on the Palestine/Israeli conflict. Simblist has written for Artpapers, Artlies and several web publications. He has curated Abstraction/Construction at SOIL gallery in Seattle, Collecting and Collectivity at Conduit Gallery in Dallas and the 3 Propositions and a Musical Scenario in Ft Worth along with Subtext Projects.

( Curated by Ryder Richards and Coordinated by Piotr Chizinski )